In Key Largo, you can now find John Grunow on his new boat, playing tug of war with a 400-pound swordfish.

It’s where he’s spent the better part of the last 10 years, but don’t be fooled by his Jimmy Buffet-esqe lifestyle.

Grunow has built a career off of his tenacious, brick-by-brick attitude that led to him building the world’s largest marine accessory company off a $40,000 loan, subsequently purchasing North America’s largest crane rental company, and more recently becoming one of the most formidable real estate developers in the Florida Keys.

Grunow’s love for the Keys dates back to his time as a student in the 3/2 Accelerated Management Program (AMP) at Rollins and the Crummer Graduate School of Business. 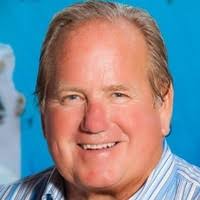 On long weekends and in-between breaks from school, Grunow would make the drive down south, camping and fishing with his friends at Bahia Honda State Park in the Keys.

“I love to fish and I love the outdoors, so the Keys have always held a special place in my heart,” said Grunow.

Before diving into entrepreneurship, Grunow was an avid tennis player, even going as far to play professionally for a year in Europe with his Rollins partner before graduating from Crummer.

After his stint in pro tennis, Grunow eventually returned to his academic foundation in finance, building his financial acumen working for Ernst & Ernst as an accountant.

Admittedly not too hot on the idea of accounting at first, Grunow grew into the profession and realized he had a knack for working with numbers, earning his Certified Public Accountant (CPA) while at Ernst & Ernst.

He spent three to four years there, doing accounting work for clients such as US Industries, New Berg Bank and Carvel, to name a few. While working on a project for the City of New York, analyzing their accounts to see where they were making or losing money, Grunow was frustrated by the lack of care they had when he was presenting them the numbers.

“I thought if they don’t care, then it’s time for me to look into moving on where I was not wasting my time,” said Grunow.

The idea for International Marine Industry (IMI) came from meeting a captain of the newly released 747 airplanes. Grunow and his partners were immediately intrigued by the innovative technology in the new flight director system on board the 747 and applied this technology to yachts.

“That’s how International Marine Industries (IMI) was born,” said Grunow. “Taking the technology on 747 airplanes and applying them to sail boats and power boats.”

Securing a rather modest $40,000 loan to start International Marine Industries, Grunow started building his conglomerate by acquiring small businesses and rolling them into his business.

“It took only three months to recoup the cost it took to acquire this company,” said Grunow. “I thought, this is the magic formula!”

He repeated that same strategy; rolling up more than 20 small companies into his core business cutting the overhead costs, increasing the profit margins, thus increasing revenue, until he built the company into millions of dollars of profits.

Within 10 years, International Marine Industries had sales from internal growth and acquisition of more than $100 million.

“I continued this process for 20 years, until we were the largest marine accessory company in the world, with total sales of $250 million” said Grunow.

While growing IMI, Grunow said once he didn’t know all of his employees’ names he was going to sell the business. After more than 20 years, he had over 2,000 employees. It was time to sell.

During this time, Grunow also started the Grunow Group and purchased American Pecco Corp, a crane company for $40 million. Using his same formula, he and his partners consolidated smaller crane companies and cut the overhead, quickly paying off the $40 million loan they drew down to buy the company.

“Once you lay the bricks, then you have a good foundation that you can build on,” said Grunow. “Then you can drive your business to create synergies and eliminate overhead so you achieve better margins and greater profitability.”

Back to his Happy Place

With business reaching every corner of the world during his time at IMI, Grunow became weary of spending all of his time on planes.

He would visit the Keys to get away and take a break from his turbulent lifestyle.

After selling IMI, he bought his first place in Key Largo in the Ocean Reef Club a private community, and considered retirement, but that didn’t last long before buying up more properties in Ocean Reef and starting Reef Rentals to manage the vacation properties.

“When I first visited Ocean Reef, I thought I had died and gone to heaven,” he joked.

Establishing roots in his favorite place in the world, Grunow is one of the largest property owners in the Ocean Reef Club and is now developing a 48-unit, 103,700-square-foot luxury condominium community for active Seniors in Ocean Reef with his son.

While he is continually trying to dial back the intensity on business projects to spend more time trolling for big fish out on the water, Grunow still enjoys serving as a mentor.

“People come to me for business advice, and before I know it, I go from a 2 on a 1-10 scale of intensity to a 8, and I have to slow myself down,” laughed Grunow.

So while Grunow tries to wind down, spend more time on his boat with his family and friends, and enjoy the sun setting on the Gulf of Mexico, he offers parting advice.

“There are so many opportunities in this country and it’s not hard to be successful as long as you have the drive and passion to stay with it,” he said.

DeepWork Capital has partnered with the Crummer Graduate School of Business to offer students internships, as well as immersive entrepreneurial experience for select students.

Dr. Greg Marshall, along with two other academic colleagues, were inducted into the Direct Selling Education Foundation’s Circle of Honor at the annual convention in Austin, TX.