As we all know, virtual negotiations are more important than ever. Crummer’s resident negotiation expert Bill Grimm shares tips and tricks on getting the most out of your next deal.

Since the COVID-19 pandemic became a way of life and will be for the foreseeable future, face-to-face negotiations have been swapped out for video-conferencing calls, phone calls and e-mails.

On top of that, all signs point to an increasing number of deals happening virtually in the future, even when the pandemic is behind us.

If not for the convenience of videoconferencing being much cheaper and less time-consuming than a flight or a drive across town, nearly all of our business society has become fluent in using tools such as WebEx, Microsoft Teams and Zoom. 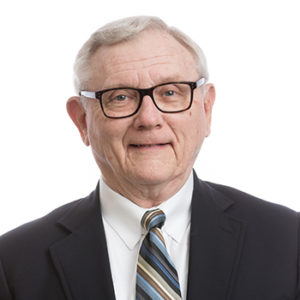 Bill Grimm J.D. MBA, the Executive-in-Residence for Entrepreneurship and Negotiation at the Crummer Graduate School spoke about negotiations last week as part of the Crummer Connections Webinar Series. In addition to his 35 years of experience as an attorney, he was the CFO of a publicly held company and a VP of corporate finance for an investment banking firm. He also served as an officer in the U.S. Navy.

When it comes to virtual negotiation, it is important to first understand despite all its convenience and the evolving technologies surrounding it, it’s nearly impossible to perfectly replicate an in-person negotiation virtually.

“In a face-to-face negotiation you see facial expressions up close and can read the room; there’s a lot of information in that,” said Grimm.

However, not all hope is lost when trying to get the best deal possible and virtual negotiation is your only option.

Bill Grimm tells all of his students that negotiation is 80 percent preparation and 20 percent haggling.

“We tend to focus on the haggling too much; we ought to be focusing on the 80 percent [preparation],” said Grimm.

Regardless of mode—in-person, video conference, phone call etc.—you  can greatly increase your chances of success by proper preparation.

For example, if you are negotiating a raise, prepare with plenty of data beforehand.

In a group negotiation, be sure to assign clear roles to your team members. Avoid the awkward situation where multiple people are starting to talk at the same time – have a plan of who is going to speak when.

You will not get better without practice, so schedule time to roleplay negotiations.

Negotiating via email has some distinct advantages.

Although you lose the ability to see any facial expressions or make real-time decisions, email gives you the opportunity to be very precise.

Email gives you the chance to send calculated, well thought-out responses, so use it to your advantage, he says.

You also have to understand that email is never a real-time negotiation, no matter how quick you are responding back-and-forth.

While it may seem that you are negotiating with one person in an email chain, oftentimes there are multiple people checking every word that gets sent out.

You are still able to avoid critical negotiation mistakes no matter the mode of delivery.

One of the worst mistakes a negotiator can make is lying. Embellishment and lying is one of the quickest ways a deal can fall apart, says Grimm.

“Lying almost always gets caught. I teach my students how to catch lies. Set the other person up with questions you know the answer to,” said Grimm.

Whining, threatening and bullying are also ways to destroy a deal.

“The moment you make a threat, the win-win strategy of negotiation goes out the door,” said Grimm. “It turns into a win-lose. It’s a bad form of negotiation.”

While there’s no substitute for the effectiveness and advantages of a face-to-face negotiation, digital tools can be used to your advantage and oftentimes make a negotiation more efficient.

Crummer MBA Prepares Athletes for What Comes Next

After years of experience leading their respective sports teams, business leadership at Crummer is a smooth transition for many Crummer student-athletes.

Crummer Alumna Pivots from Engineering to Entrepreneurship with BRITE Investments