Dr. Tim O’Brien says the demand for virtual tools in real estate development is skyrocketing, and the continued pandemic is only expediting that.

Imerza, started by Gary Hoyt, CEO, and Dorian Via, CTO, hired Dr. O’Brien to head up its sales and marketing department in May of 2020. 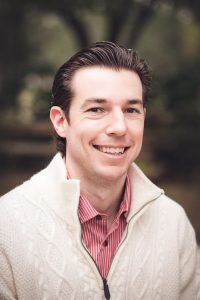 Imerza is changing the way real estate and architectural projects are presented, using 3D virtual-reality tools to display scale models of real estate projects, giving the client the ability to essentially “walk-around” there future home with 360-degree display. Using the technology, the client could, for example, see what a view would be like from a particular window inside of the unit, or select the colors and finishes they want for their kitchen.

The architectural designs are integrated into a virtual-reality format that displays the project in real-time. If a change is made to the structure of the project, it will automatically adjust and save.  This tool allows the end customer to view the high-res imagery later or share with friends via video link.

“The situation that we are in is that a lot of people are now realizing that they need virtual tools. It would have been nice before, but now it is a complete necessity to have,” said Dr. O’Brien.

O’Brien said over the last six months, the deals on Imerza have been happening quicker than he’s ever seen before.

“It’s rare with a virtual demonstration that people are buying our product immediately, the relationship building stage is shortening in the sales process.”  said Dr. O’Brien. “They’ve switched to our platform out of a necessity, as they can’t have as many in-person appointments.”

With many luxury condos marketed to people around the world, this technology is one of the only ways to give an immersive, experiential view of an apartment unit to someone halfway across the world, especially with some borders closed for the foreseeable future.

While the product has mainly focused on real estate verticals, he envisions this technology being utilized in other areas that have high levels of design.

“In the past few weeks we have done deals with yacht companies, tourism associations, and aircraft manufacturers,” said Dr. O’Brien. “Anywhere that there is a need to visual high-quality design and scale before it its built there’s an opportunity for us to help.  The ability to make informed decisions ends up shortening not only the sales cycle, but the actual build process is shortened.”

Ultimately, he says Imerza is a decision-making platform. The goal of the product is to help people see what they couldn’t visualize before, making the decision-making process much faster.  Which in turn has a significant cost savings to both the enterprise and the end customer.

“There’s a real opportunity for us in single-family communities and community planning as a whole, outside of just vertical structures that we’ve been doing,” he said.

Dr. O’Brien says the owners of Imerza are architects by trade, so it was only natural to build into that vertical first.

“This is not technology guys trying to play real estate, it’s real estate guys harnessing an incredible technology based on their foundational principles,” said Dr. O’Brien.

As Dr. O’Brien helps Imerza expand into new verticals, he’s relying greatly on his experience in the Executive Doctorate in Business Administration program at Crummer.

“Crummer was one of the best experiences of my life,” he said.

Where he sees the advantage for him in the business world, is the ability to see two steps ahead of someone who hasn’t gone through the academic rigor that the EDBA program puts you through. The combination of professional experience and academic grounding gives him a unique advantage as he works to scale this startup company.

“For me, capitalizing on the network is huge as well,” he said. “There’s been a number of times where I have reached out to a fellow Crummer alumni to learn more about an industry, and they have been more than willing to help.”

A trio of Crummer professors who spent their summers traveling the globe are now ready to share their perspectives with students this fall.

March will be Alumni Appreciation Month at Crummer